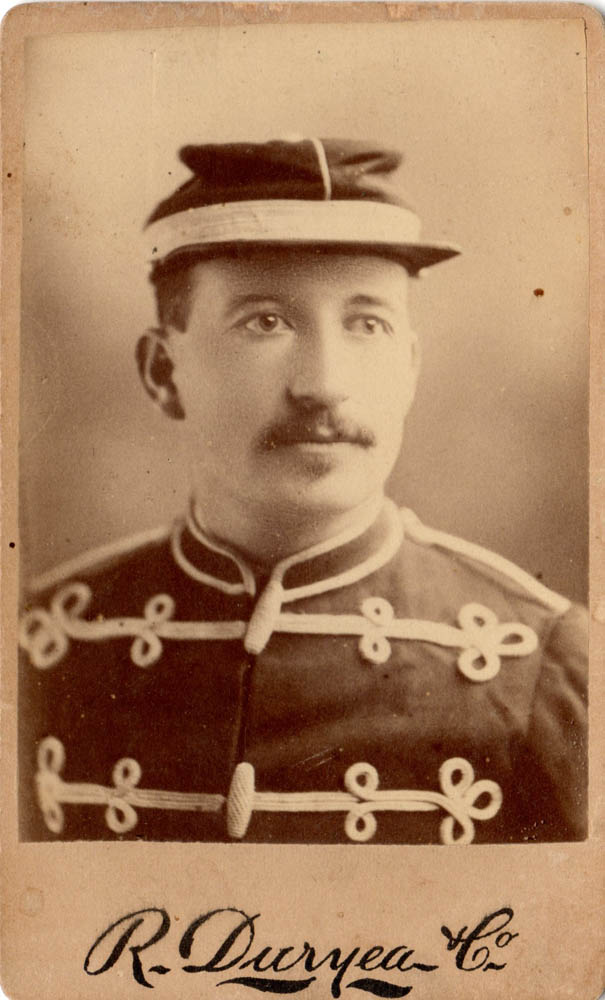 This photo was given to me by a descendant of the Lee family of Deniliquin NSW who believes the man is a relative and member of the Archibald family.  The uniform appears to be that of a member of a Band, similar to that worn by a local Band in Hay, NSW . The photo is dated at c.1890 as the photographer, R. Duryea was in Echuca, VIC. 1888-1891 and in Western Australia 1897-1900. Echuca is reasonably near the town of Deniliquin, NSW and also some of the Archibald family lived in Western Australia for some time.

The young man is possibly one of the two sons of James Archibald Snr.,  Publisher of The Pastoral Times Newspaper in Deniliquin. Either John Archibald b. 1865 or James Archibald Jnr. b.1867.