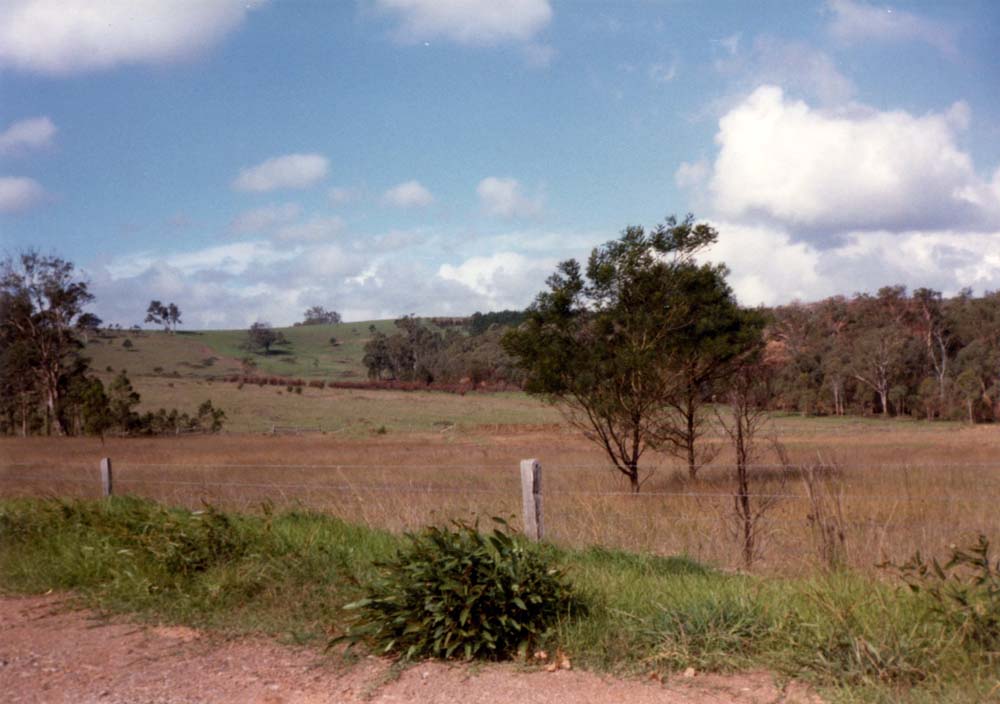 I have visited Upchurch Farm at Appin  NSW a few times. The area is now uninhabitated as it is declared a Water Catchment area. There are the remains of an old home on the site at Windmill Hill but this is not the house Richard Tress and his family built. The foundation remains of a much older house were found some years ago nearby and these are believed to be the Tress house.  Richard Tress’  brother-in-law, William Broughton, had a large property nearby, LachlanVale, and Richard’s daughter, Mary Ann Meehan’s father-in-law, James Meehan, was not far away at Macquarie Fields.

The photo of  Windmill Hill is by Courtesy of Richard (Dick) Monks, a descendant of Charles Throsby Smith.